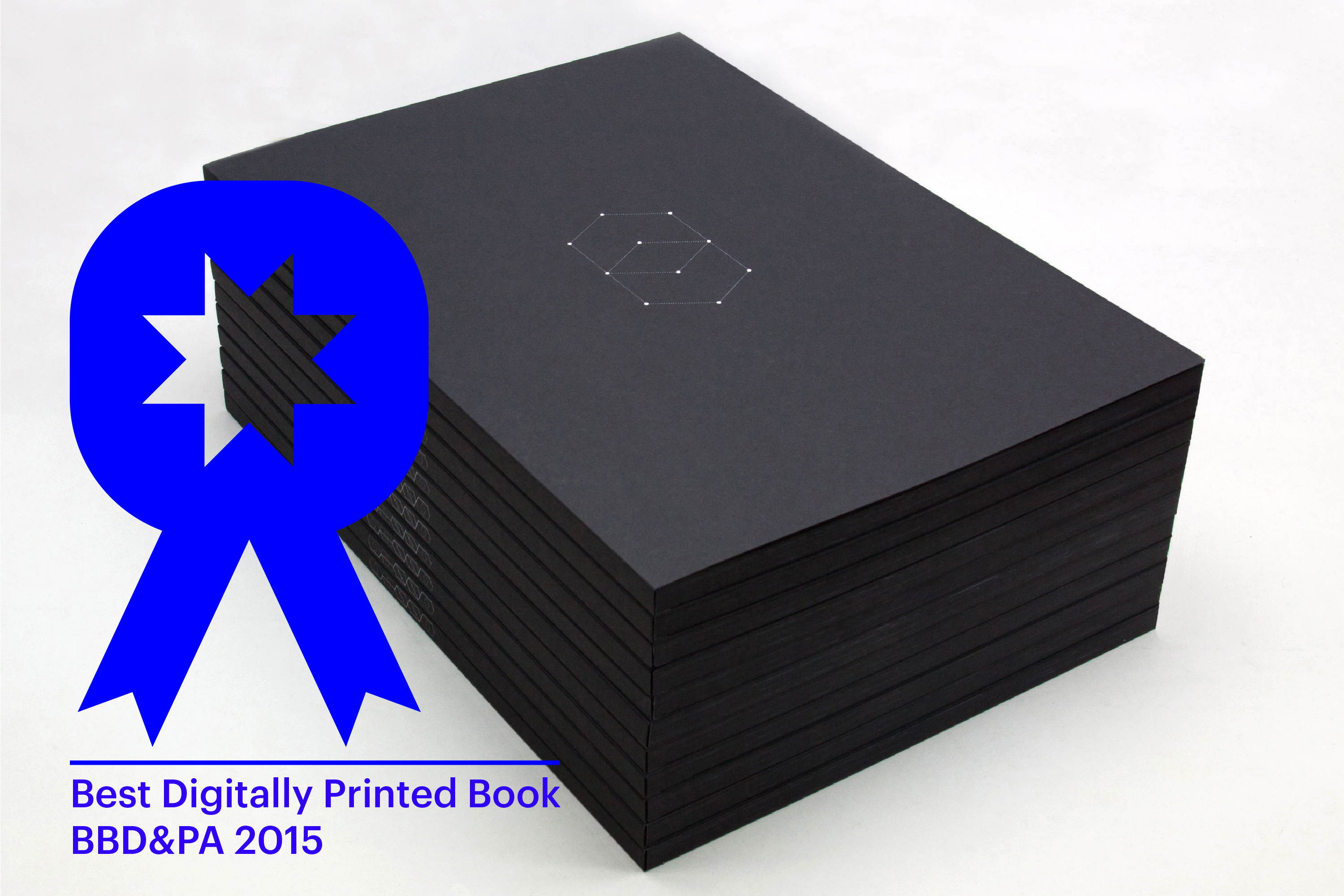 “The awards acknowledge those in the industry that continue to innovate, pushing boundaries, and embracing new technologies and sometimes taking risks to drive the industry forward.”

He also highlighted the “renaissance” that has occurred in the book industry partly driven by the industry’s ability to produce shorter runs, offering publishers more flexibility and enabling them to better respond to the market.

White ink on black stock creates an innovative and striking contrast to what could normally be expected from print: the white ink recreates the light and the laser cut pages reform the patterned projections.

Laser cut pages reform the patterned light projections used in the shoot, representing the patterns of the different Adidas Battlepack boots and the players’ transformation into warriors on the pitch.

Pages are annotated with each player’s name, nation, the location of the shoot and the shoot selection.

The typeface was designed to represent the shoot. It was crafted using the discipline of football formations as its foundation. The design system recreates and unifies the boots’ pattern creating a consistent World Cup language.

A limited run of 100 copies has been produced.

“its a self initiated piece of work by Tim and I to celebrate/document the more challenging images shot during the campaign, the unchosen ones, the concept, design and my font design have solely been created for this now limited edition collectors book…”
“every bugger whose seen it wants one, if we could sell we’d make a bloody fortune!?!!”
— Ed Sullivan