The Design Museum – Hope to Nope 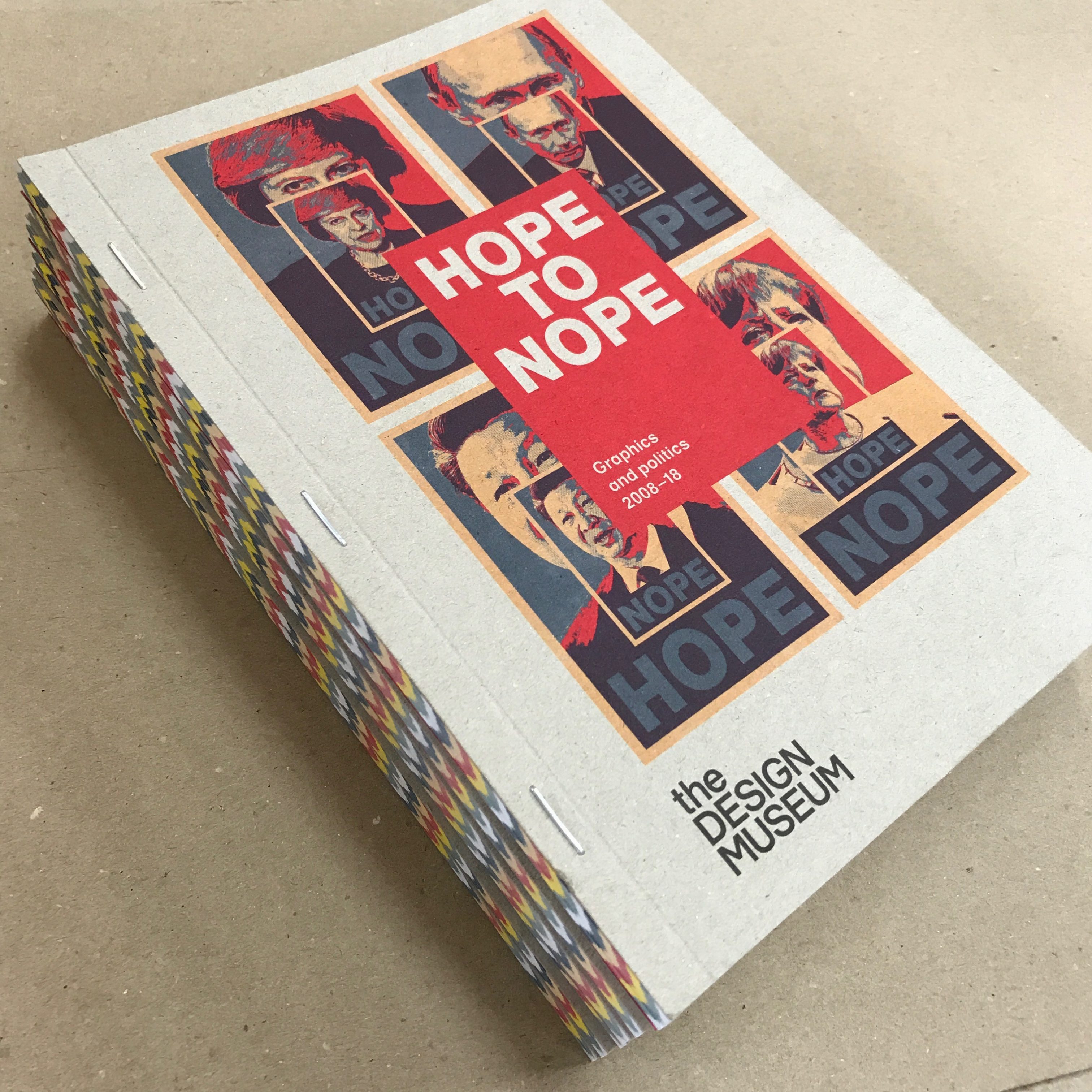 Alongside interviews with celebrated graphic designer Milton Glaser and street artist Shepard Fairey, the ‘Hope to Nope’ exhibition catalogue explores the role of graphic design in one of the most politically turbulent decades  in recent history.
·
As traditional media rubs shoulders with the hashtag  and the meme, the influence and impact of graphic design has never been greater or more international in its reach; from North Korean propaganda and fake posts disseminated  by Russian troll farms to the recent revelations about Cambridge Analytica allegedly using people’s Facebook data to produce advertising to target and persuade US voters. The Design Museum exhibition reflects how graphic design gives voice to political hopes and fears around the world… and is a good example of why the museum was recently named as European museum of the year 2018. 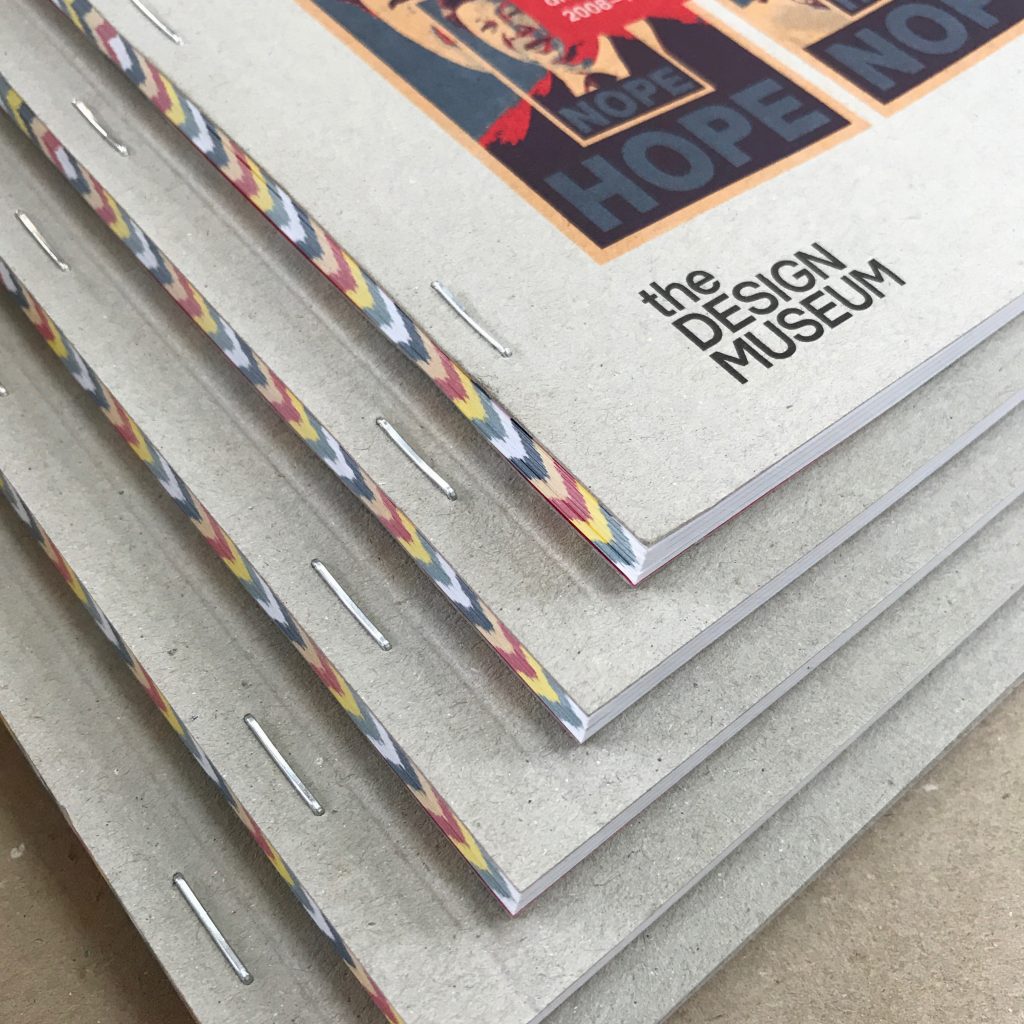 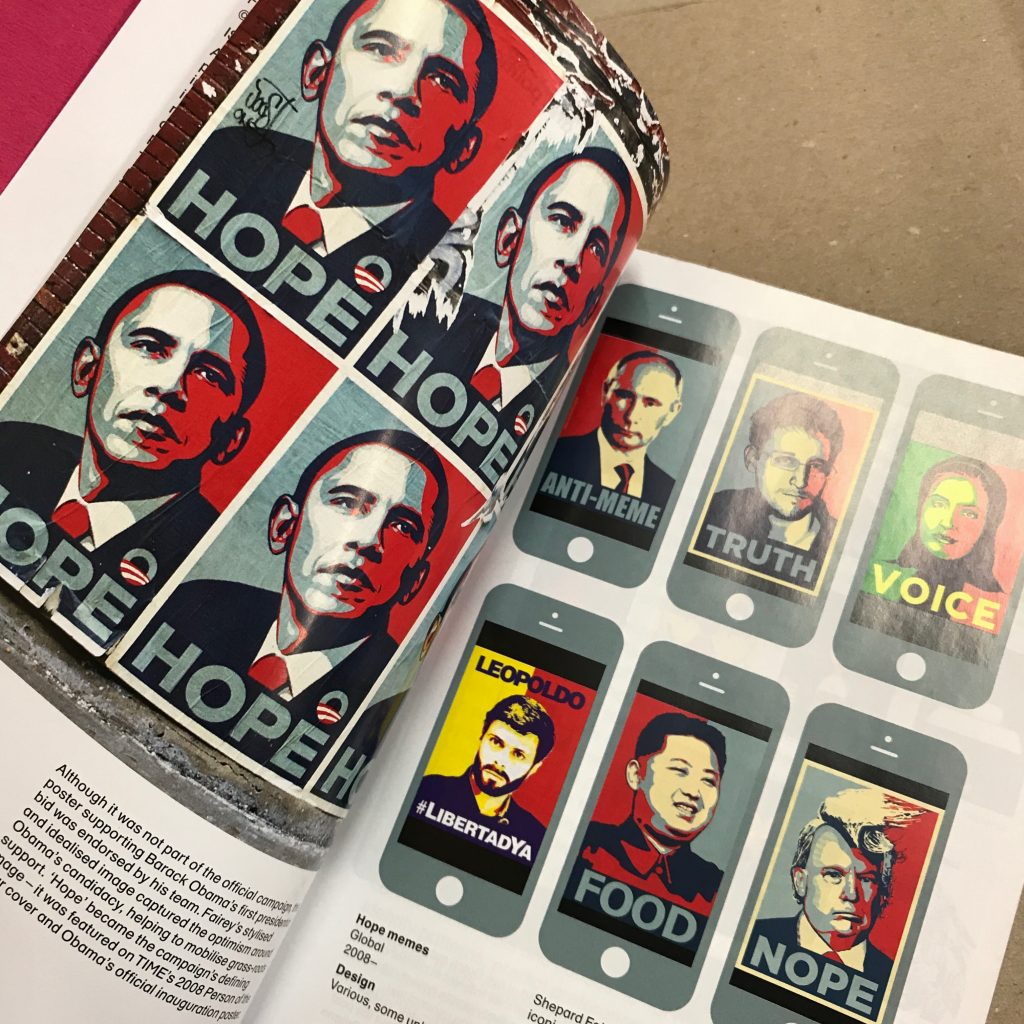 The museum asked GP to work with Lucienne Roberts and John McGill from GraphicDesign& on the development and production of the publication; comprising stab-stitch binding with chevron graphics printed on an open spine and fluorescent pms 806 used on the Nomad Grey Rough cover stock, to help echo the same lo-fi utility aesthetic incorporated in the exhibition. 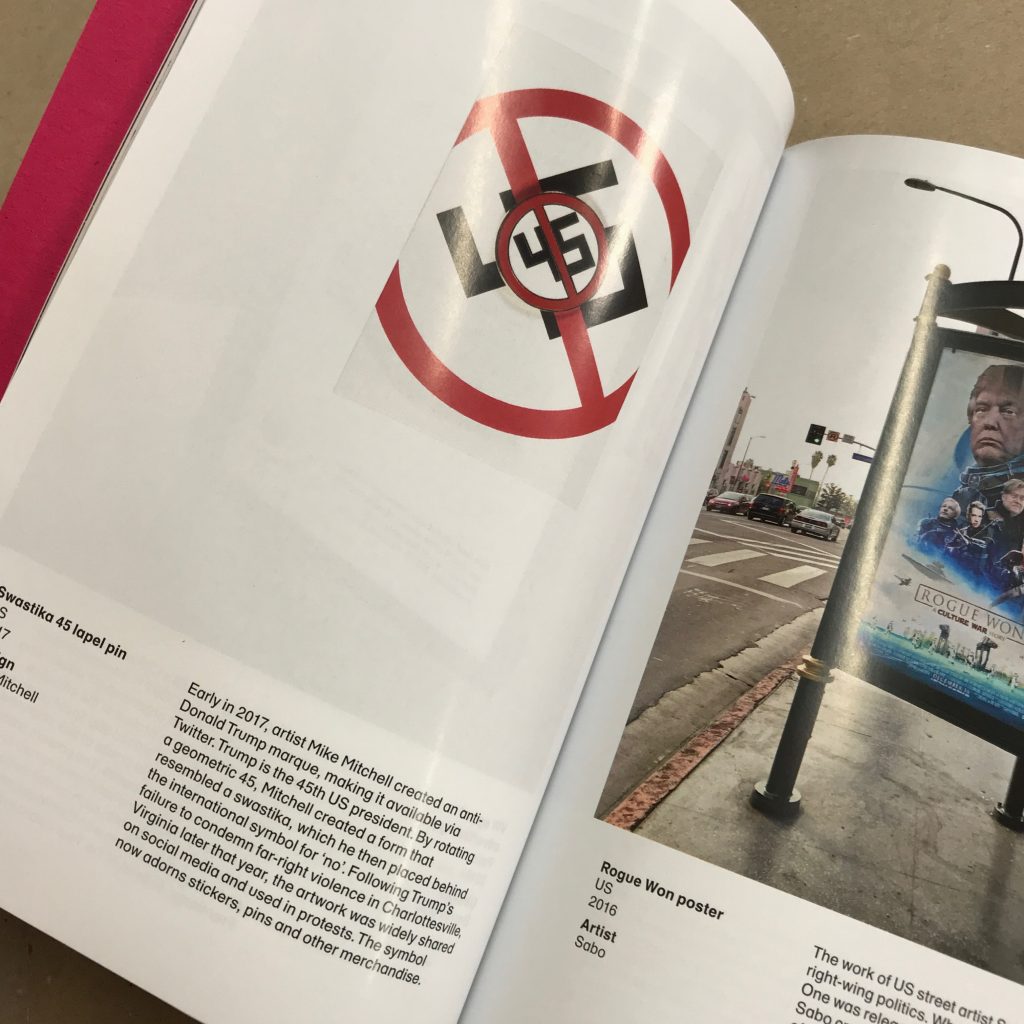 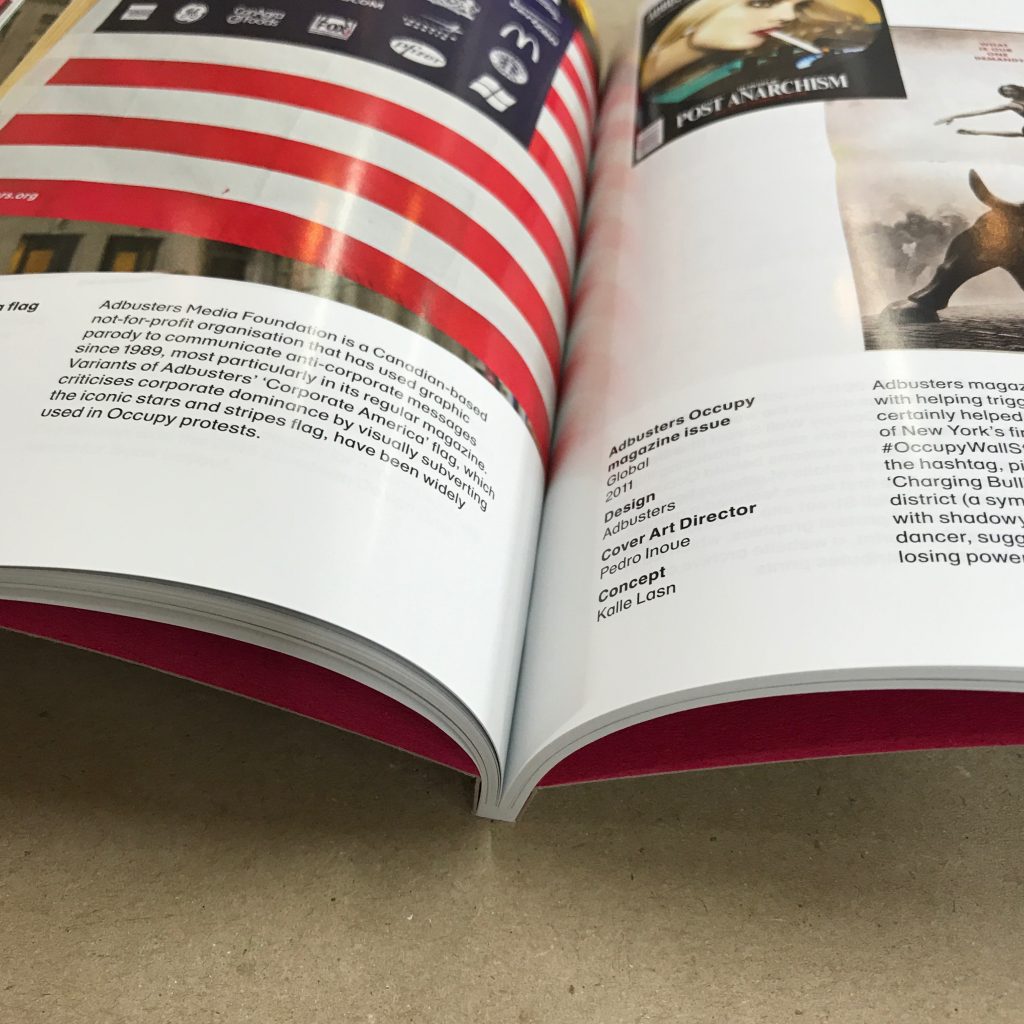 Quote from GraphicDesign&
“A belated huge thank you for all your efforts in getting Hope to Nope to the museum in time for the opening. Your attention to detail and response to various last-minute problems was outstanding. We were all thrilled to see the final product and I have to say I’ve never seen so many designers sniffing a book!” 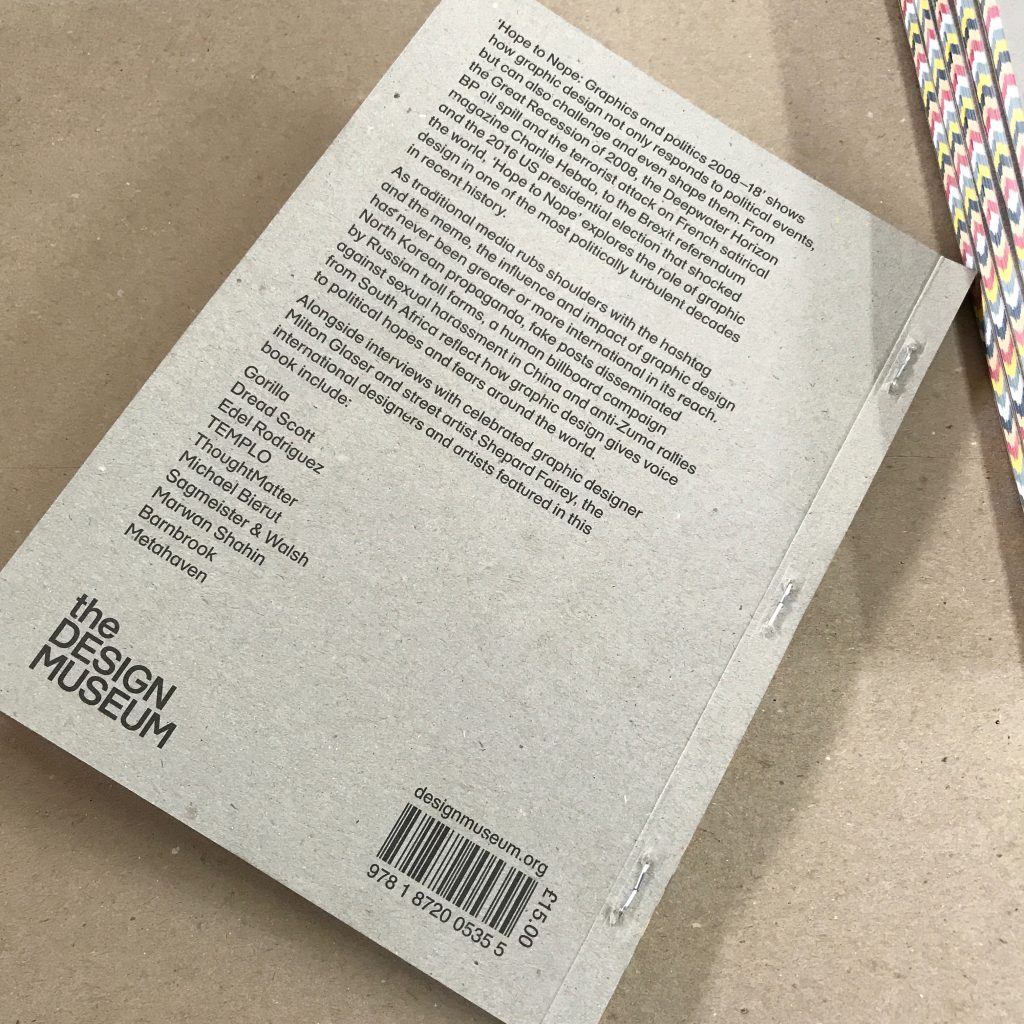 — Press
The Times
“Graphic design might not provide salvation from the world’s woes, but it can certainly try, as a new exhibition of the last decade in politicised posters, placards and memes shows in kaleidoscopic colour.”
The Guardian
“[This exhibition] reveals how design has played a role in persuading, uniting and angering the public.”
Design Week
“Obviously this is an exhibition about design, at the Design Museum. But even objectively, it shows the power of graphic design and digital design, too, as possibly the most vital, and certainly most visible, tools of dissent that we have.”
Londonist
“With over 160 objects and installations to engage with, visitors can also expect to have their future read by an All-Seeing Trump, walk the streets of Brazil and work on Wall Street.”