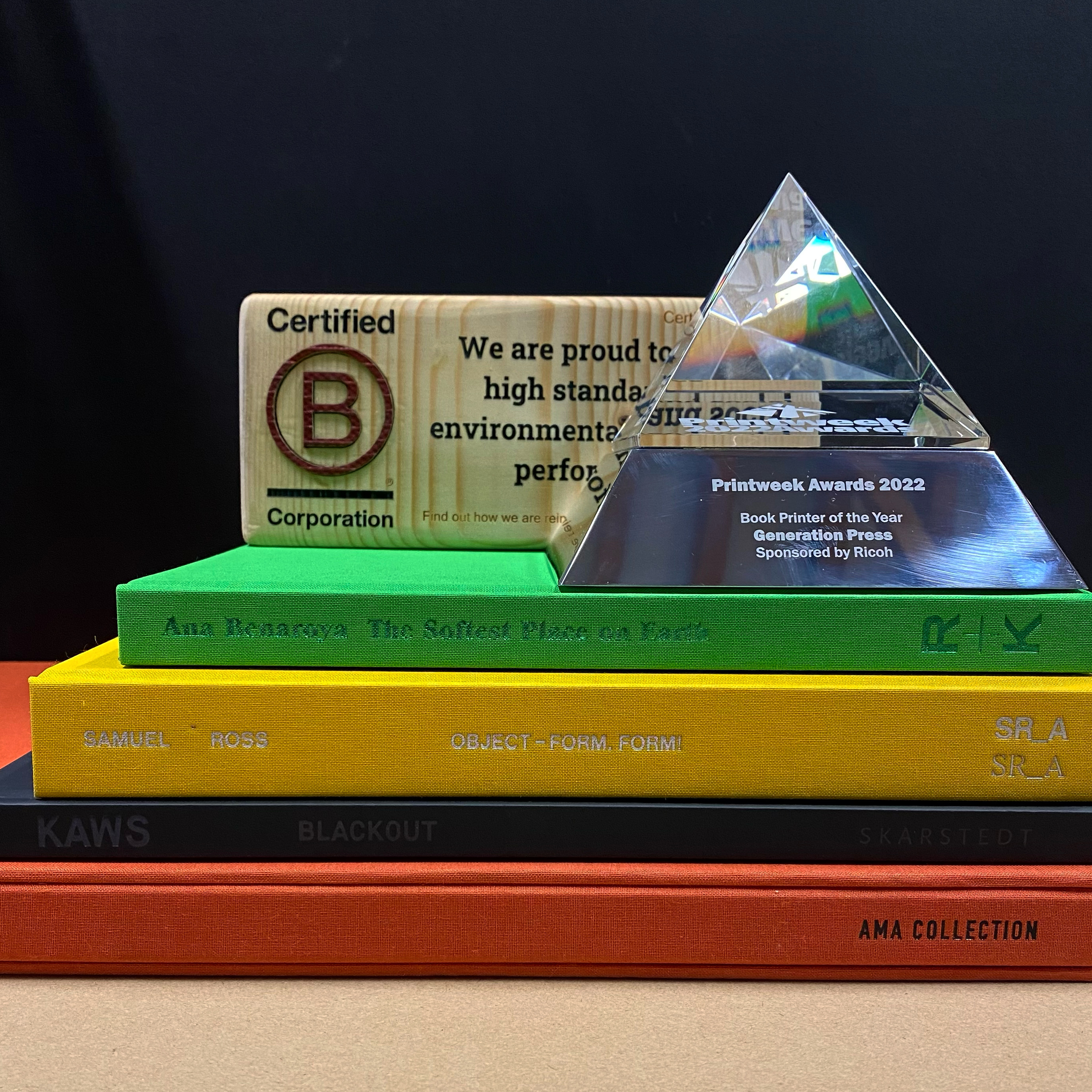 After the last two awards where GP had been highly commended, we finally won the Book Printer of the Year Award at the industry Oscars; The Printweek Awards. This year they combined the Artbook printer with the book printer of the year awards, possibly making it an even harder award to win. This is a quality standard award and measured over a range of books printed, not just the one book!

The judges said:
This specialty litho and digital printer based in
Poynings, Brighton, Sussex, really pushed
the boat out with its entry which judges said
was of a consistently high standard. Its samples
included a collaboration between the acclaimed
artist Kaws, a photographer, designer and the
Generation Press team, which resulted in the
production of an impressive book showcasing
the artist’s vibrant colour palette. Kaws used
five bespoke fluorescent colours to create his
work so Generation Press had to accurately
colour match these on press. It’s little wonder
the company received high praise for its
inventive approach, with one judge describing
Generation as a”designer’s printer unafraid of
challenges”